Strange Object May Be Remains of a Planet Torn Apart
A long, thin object moving through our solar system may be the remains of a planet that was pulled apart, scientists say.
Researchers say the planet was likely destroyed long ago when it moved either too far from or too close to the star it once orbited.
The object is called 'Oumuamua, which means "messenger from afar" in the native Hawaiian language. A report on the recent findings appears in the journal Nature Astronomy.
Scientists have been trying to understand more about 'Oumuamua since its discovery in 2017. Some have even proposed it may be an alien spacecraft. In the recently published research, astronomers Yun Zhang and Douglas Lin said computer predictions suggest the object was a piece of a planet or planetary building block. The planet might have been torn apart by its star's "tidal forces."
'Oumuamua is the first object from another star system found passing through our solar system. It is about 400 meters long. Its shape, strange way of moving and lack of dust and gases suggest it is not a normal comet or asteroid. 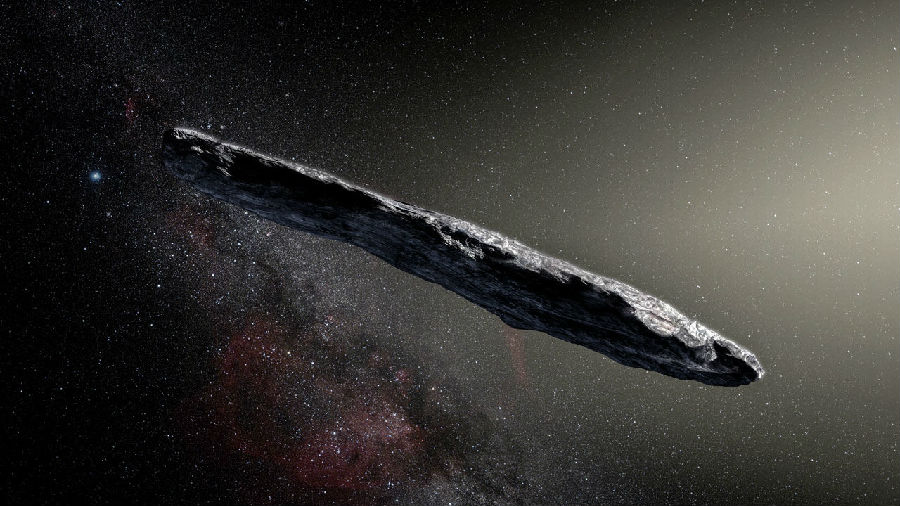 When a smaller body passes near a much bigger one, tidal forces created by the larger body can destroy the smaller one. This is what happened when comet Shoemaker–Levy 9 came too close to the planet Jupiter in 1992.
Zhang told the Reuters news agency that most planetary bodies a﻿re made of groups of rocks joined under the influence of gravity. In a way, they are similar to the sandcastles that children make at the beach, except that they are floating through space, Zhang said.
"Their structure can be disrupted when the force acting on the individual 'sand particle' is larger than their mutual gravity," he added.
Zhang noted that ocean tides on Earth are affected in this way. Tides result from the gravitational pulls of the sun and moon. In space, a planetary body that comes close enough to a star falls victim to its strong gravitational pull.
Lin is an astrophysicist at the University of California, Santa Cruz. He said the star that destroyed 'Oumuamua's home world probably was one-tenth to eight-tenths of the mass of our sun. Or it might have been a rare kind of cool and dense star called a white dwarf, Lin added.
The study suggests the existence of many objects formed this way.
"We show the possibility of panspermia carried by these objects," Zhang said. Panspermia is the hypothesized spread of microorganisms or chemicals that support life on objects moving through space.
'Oumuamua is continuing on its path out of our solar system.
I'm Pete Musto.